NPCs in King Arthur: Knight's Tale presents a list of non-playable characters that can be interacted with and are the ones who appear in the game. NPCs are characters that add contrast to the game's lore where they provide information and missions/quests, while others are categorized as Merchants whom you can trade with or request for certain services. This page covers a full list of all the NPCs in King Arthur: Knight's Tale, you can find detailed information on their location and other related information on each individual page linked below. 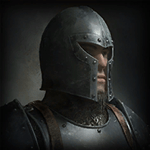 Balin Captain, a traitor who lead his men towards enslaving and torturing the survivors in Camelot, as well as who tried to trick Sir Mordred himself. 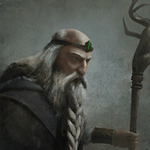 The Druid, a high-ranking sorcerer who is the protector of the forest, as well as a lorekeeper, he appears to sometimes, guide Sir Mordred and his soldiers. 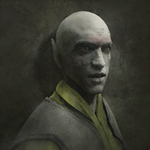 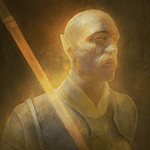 Guardian Specters of the Faerie Smith who each holds the tools of the Artificer. 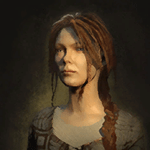 An ordinary villagerwithin a community. The Female Commoner is normally seen with a group of people or alone, in search of someone who can help when she is in dire need. 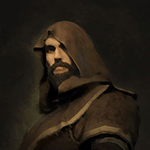 The Friar is a member of a Christian Religious Order within Avalon. They may not be skilled in hand-to-hand combat but their knowledge and beliefs make them viable to conjure magical spells. 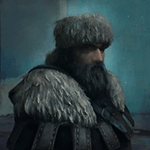 A fellow commoner who is usually seen within a community. The Hunter is a skilled warrior who specializes in using long-range weaponry and has excellent hunting skills. They love to seek and pursue their target and is usually known to bargain. 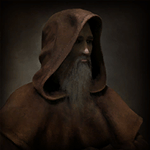 Similar to the Friar, the monk is a member of a Christian Religious Order within Avalon. They are also known as lorekeepers and have studied the mystical aspects of Avalon. 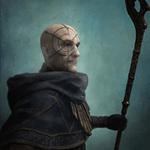 The Mystic Knight, once a member of a Christian Religious Order who has dedicated himself to learning the mystic arts and to stopping the Fomorians from unleashing wrath. 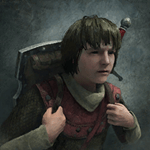 A squire who is the bastard son of Carac. He can be found hiding within the Lost Carhaise and is used as bait to lure out Carac and the renegade vassals. 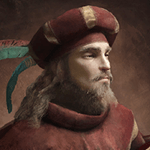 A lyric poet who composes and sings about Sir Mordred and his soldiers. He occasionally appears in events and depending on your choice, his songs yield more Loyalty to his subject. 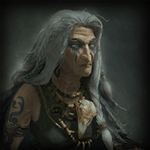 The witch of the forest of Avalon. Although she may look like a defenseless old lady, the Witch is capable of decimating anyone who tries to cross her path. If you do come across the witch, be sure that you are on her side, she may bestow a spell upon you and your knights that can help in your adventures.