DLC for King Arthur: Knight's Tale features additional content of the game that is not available with the regular edition of the game. DLC usually contains pre-order bonuses, free additional content, paid packs, and game expansions. This page covers all relevant information regarding the following DLCs that are released. 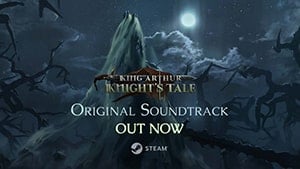 King Arthur Soundtrack available on Steam for purchase - US $6.99 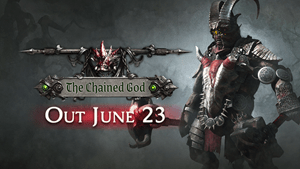 The Chained God will be the first free seasonal content update for King Arthur: Knight's Tale, which is set to release in June 2022. 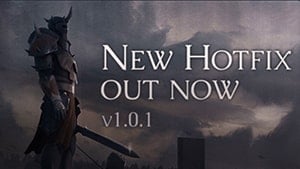 One of many hotfix updates that improve quality of life and fix bugs and sounds in the game. A history of all hotfixes and patches can be found on the Patch Notes page.

Your journey in Avalon has just begun but things won't stop after the launch of course. Besides some hotfixes which are in the works (already released minor ones), the game will receive its first big patch in a form of a free content update in June.

In "The Chained God" players will take up the role and will be able to play as the mighty Fomorians, the brutal and terrifying giants of Avalon - the main enemy faction of the Knights of the Round Table. The update features a brand new chain of short story missions, focused on these mystical creatures, introducing new gameplay, new items and expanding the lore.

"The Chained God" is the first of many free content updates coming to Knight's Tale. Besides these, other, longer form content is also in the works, however, details about these will be revealed later.