Combat for King Arthur: Knight's Tale focuses on the basic and advanced combat mechanics of the game. From indicating the usage of the various weapons that can be equipped, battle movements, player and enemy combat details, and many more. This page covers information regarding combat in general as well as individual mechanics and strategies for King Arthur: Knight's Tale.

Left-click to select a Hero or to choose an Active Skill and to use it and to interact with objects in the world. Use the Middle Button of the mouse to rotate the camera, and right-click to move around. 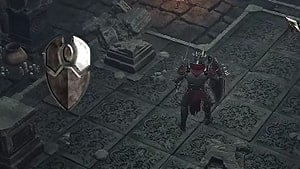 Characters use Action Points or AP to act in combat, like moving and activating Skills. It refills at the start of every turn. Around the selected character, you can see a highlighted area, this indicates the range for the character's movement. It determines the maximum distance that a character can move with their current AP. 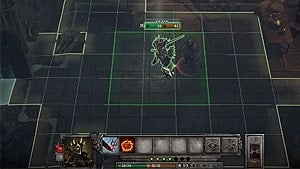 When you select a skill, the highlighted area changes both in shape and in color. This is the attack range, which determines the maximum distance the character can reach with that skill.

During your adventures, you may gather loot from various locations. However, you can only equip and manage your loot between missions, on the Adventure Map. 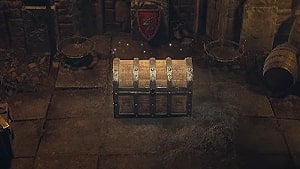 Exploring the area before starting a battle, rewards you with information. The more deployment areas you discover, the more tactical options you will have at the beginning of that combat. You can select any area you discovered for deployment. 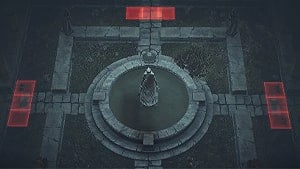 Vitality is your Heroes' constitutional health. Taking damage that reduces Vitality is a serious issue, it can lead to persistent injuries and eventual, death. After missions, all lost HP and Armour will be restored, but Vitality damage needs treatment in the Hospice in Camelot.

During treatment, initially, 20% of the Hero's maximum vitality will be restored after every completed mission, but the treated hero must remain in the Hospice. Players can upgrade the hospice to improve the effects of treatment, and gold is required to treat a criticaly hero.

If one of your heroes receive a persistent debuff, they will hinder your hero until you get them removed. These injuries or curses can be heavy, lesser, and even greater. Injuries can be healed in the Cathedral, while curses can be removed in the mysterious Enchanted Tower.

If your Ranged Heroes have an enemy within their melee range, their damage to all targets will be decreased. by 50%. Keep your archers away from enemies to avoid this penalty! 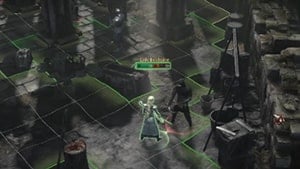 The Vanguard class has a unique ability: they can hide to avoid enemy attacks and surprise them. This way, he deals 50% more damage, but uses double AP for movement. This penalty is reduced on Shrouded (purple) tiles. 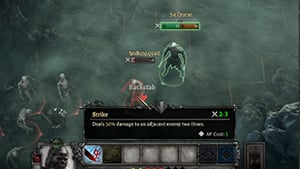 Enemies detect Hidden Heroes from a 2-tile distance, but on Shrouded tiles only enemies adjacent to the Hero will detect the Vanguard. Using Skills breaks Hidden state. Use this to your advantage and surprise your foes.

When you complete all objectives on a level, you can exit via the Finish Mission button at the top right- or you can choose to explore the rest of the map before leaving. 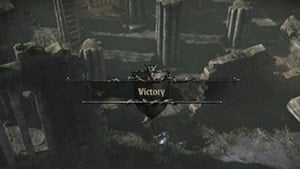 In King Arthur: Knight's Tale, heroes that take vitality damage and when it reaches zero, permanently dies. This means the hero cannot be refreshed or resurrected and is permanently dead. If Sir Mordred, the leader, dies in battle, it triggers a game over.

Character Orientation has a huge impact in combat. You can rotate your characters by right-clicking on them and dragging them. A character with a shield will take reduced frontal damage, however, characters attacked from behind will take more damage. An attack from behind is a backstab attack. 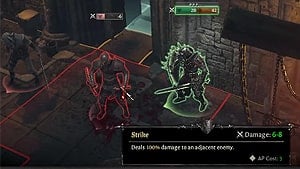 Consumes all remaining Action Points or AP to save some for the next turn. The Hero will get 1/2/3 AP for 1/3/6 AP reserved. 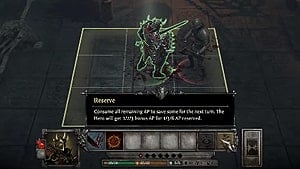 With remaining AP, you can use Overwatch to end a character's turn with extra effect and a chosen orientation. Select an area and consume all remaining AP. When an enemy enters the selected area in the next turn, your hero will immediately execute a free attack. 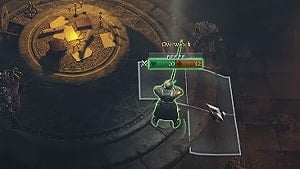 Deploy areas are red zones on the map directly before special combat encounters. Entering such zones allow the characters to choose their initial positions before the battle starts. Select your Heroes one by one, then place them onto the green area by left-clicking. 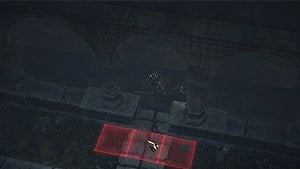 After you have ended your turn, you can press and hold the space bar to speed up the enemy's combat actions before your next turn begins. 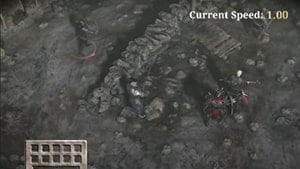 Shrines will grant one of your Heroes a random positive or negative effect. To know the exact type of this effect, you'll need a Hero with high Spellpower. Shrines only affect the hero selected by you. 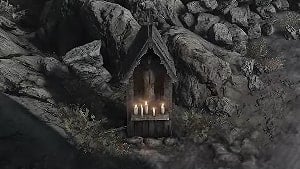 You may come across Resting Areas throughout the map. Your Heroes can use these opportunities to regain some lost Armour or Hit Points. 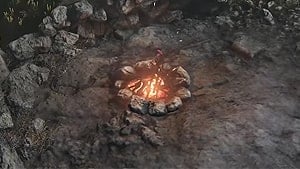 During Combat, you can use various Potions with your Heroes if they have them in their inventory. With Potions, you can heal yourself, replenish Armor, or even Action Points. Using a Potion costs 1 AP. 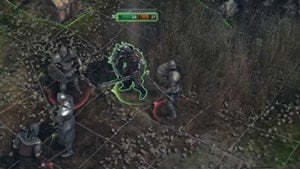 Beware of the Lost - when you kill one of them, they go into a Torpor state. you must destroy their cadavers as well or in 3 turns, they will reanimate and fight you once more. 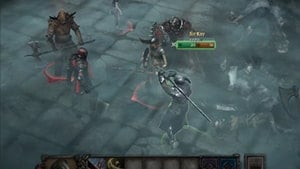