Camelot in King Arthur: Knight's Tale, is a location and the main hub of the game. Camelot can only be accessed in the World Map of Avalon where you choose which Mission to take and view the stats or change equipment for your Heroes. In Camelot, players can unlock different buildings to access various services such as purchasing items and recovering a hero's injury. Buildings within Camelot require a certain amount of Gold and Building Resources to unlock them.

Camelot, The Once and Future King's stronghold in Avalon, the mirror image of the glorious fortress in Britannia, created by the powers that rule this mystical island. Only the most powerful knight of the Round Table can claim it. The blessings of the lady have protected the place for a long time, but now it lays in ruins. You need resources and workers to rebuild it as the seat of your future kingdom - this page covers information regarding Camelot and the various buildings that can be unlocked.

Allows your Heroes to train and gain XP while inactive during the missions.

Decrees allows you to spend and pass Decrees that provide extra bonuses. This usually includes a bonus intake of Resources and Gold. However, the Joust decree can forward the timer by one mission time, which means any member stuck in a facility would could be affected by this decree and released early.

Unlocked the Laws tab to pass Laws so you can gain permanent bonuses. This includes an increase of XP per mission, loyalty points, giving your party a quicker advantage.

This option is more feasible since it can be upgraded with gold rather than alternate cost of Relic Dust which are rarer to come by. 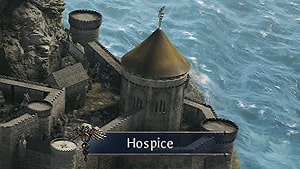 Avalon can be a harsh and unforgiving place. Your wounded heroes need time and care to recover for the next knightly quest. The Hospice, offering comfortable beds and skilled healers, is the right place for that. 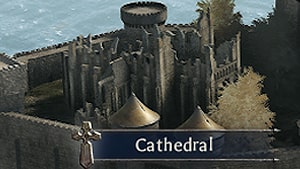 Towering above the timbered rooftops, this majestic building preaches the glory of the one true faith. The Cathedral offers salve not only for the soul but also for the body - you can heal the most grievous wounds of your knights here. 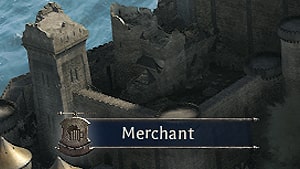 A hidden building in the shadow of the colossal ramparts, where a secretive merchant offers all kinds of rarities arriving from the various corners of the island, ranging from strange fruits or mysterious objects to legendary weapons unearthed from ruined castles.
Required: Hospice 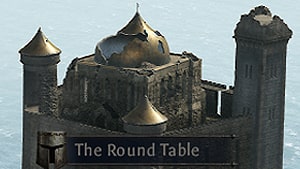 This is the legendary gathering place of the noble knights of Cameot, the seat of the monarch of Avalon. You can pass laws, issue decrees and give knighthood to heroes, but first you have to unlock its functions. 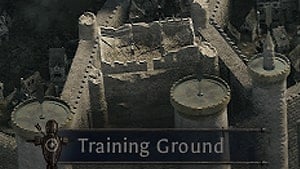 An old saying goes, "rather a thousand drops of sweat in training than one drop of blood in combat." On the Training Grounds, your knights can hone their martial skills and prepare for the next battle.
Required: Merchant 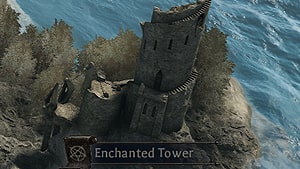 This mysterious tower is an isolated, yet important place dedicated to the mystical arts of magic. By tapping into the arcane energies of Avalon you can remove curses from you knights and gain forbidden knowledge from magical items.
Required: Hospice 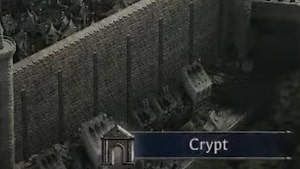 This godforsaken place is where your fallen Heroes resting and rotting away. When you lost somebody during battles, visit this place and click on their tombstones to pay respects to the heroic dead.  (Previously known as the Burial Grounds)